Well, I uploaded the book to Kindle Direct Publishing today. It's saved as "draft" so it won't go for sale, but it did allow me to order 5 proof copies (grrr... I need 6), for $5 each.  That's unbelievably inexpensive. Printing it through Barnes and Noble would have been $9 per copy. Lulu was going to cost $16.    Office Max would have cost (gulp) $40.  The latter two would have allowed me to have it spiral-bound which would have been nifty (and easier for beta-readers to mark up), but it wasn't worth $11 per copy, so it's being bound like a regular paperback book. It's also big, 8.5 x 11", and 342 pages (171 sheets).

Because I was trying to make it as inexpensive as I could to print, I didn't start each chapter on a new page ... there's just a triple-line-break between the end of the chapter, and the numeral that heads the next chapter. So that means I have a lot of "widows" and "orphans" and stranded chapter headings and stuff like that. Definitely not formatted nicely for printing, but that's OK for a galley proof for my beta-readers.

I also had some fun with the cover. It's been 20 years since I used Photoshop regularly, and I was REALLY out of practice, both with graphic design, and using the software. But I had some fun with it, and the lack of professional artwork is OK for an early draft of the book.

Here are the original pictures of my grandparents: The pictures of Roma Neufeld and Arthur Lubinski and were taken in the late 1920s, when they were still teenagers, well before they got married, in 1935. For the cover, I was trying to make them look like they were standing together, but the photos were very likely taken in different countries. The photo of my grandmother was probably taken in Poland, and the one of my grandfather was taken in Brussels, Belgium. 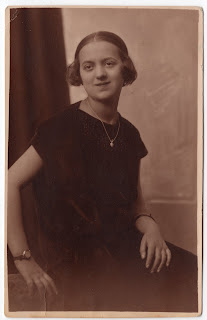 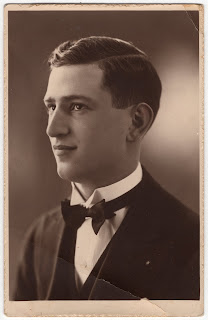